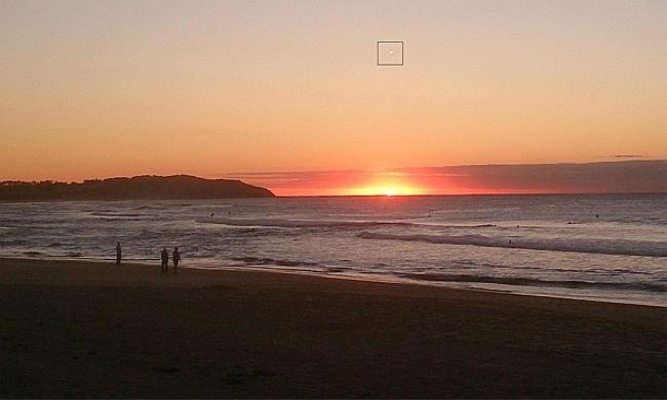 Was the strange light hovering in the sky over Dee Why Beach on Wednesday morning a UFO?

Local resident Don Jeffery said it definitely wasn’t a plane and was open to the idea that it was a UFO.

Mr Jeffery, who goes for 20km walks before work every morning, noticed a large gathering of people on the beachfront promenade about 6.35am.

“Some of them thought it could be a UFO and another person suggested it was a plane coming in to land, but it stayed in the same spot for 10 minutes and it looked like it had a tail.” 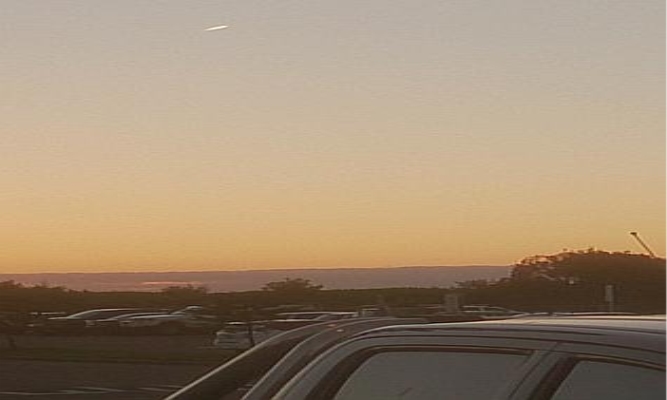 “I took three photos but I didn’t think much more about it until I came home from work and enlarged the photo on my computer.”

“It’s brighter than the sun and it looked like a disc-like object, I’ve never seen anything like it before.”

“I like to keep an open mind and with all of those galaxies out there I think there must be other life.”