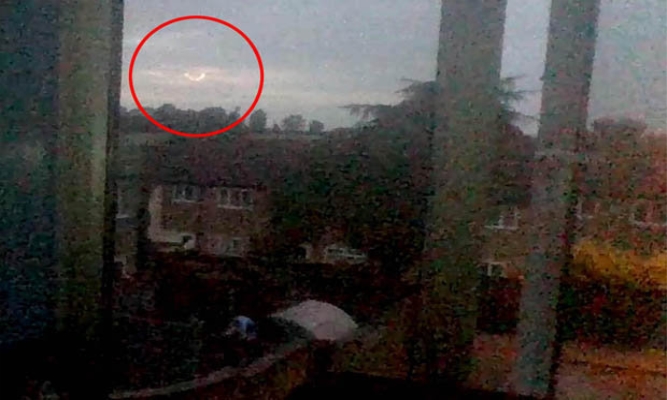 A schoolgirl captured incredible footage of a fireball dancing in the skies above her home in Northampton.

Katie Real, 11, noticed the strange glowing orb performing loops in the sky as she went to shut her curtain on Saturday evening.

The large ball of flames is seen racing across the sky before it dips and dives close to the houses below.

Katie’s mum Fiona Fearon, 30, revealed that her excited daughter captured the footage on her laptop.

She said: “Initially we thought it could be a plane on fire but it appeared to be dancing across the sky.

“It was an amazing sight. It’s very weird.

“They were very excited by it. It looked like a ball of fire moving around in the sky.

“It just seems to sort of float there, spin around and then disappear behind a clump of trees.”

Baffled as to what the UFO could actually be, Mrs Fearon rung up the local airfield – but they told her it had nothing to do with them.

She added: “I’ve read about these strange lights appearing during thunder storms called ball lightning but there was not lightning on Saturday night so it’s a mystery.”