NASA Received An SOS Call From Another Galaxy? 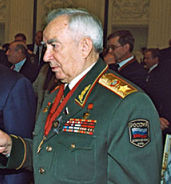 Recently the British Ministry of Defence released to the National Archives the 7th batch of UFO Files.

Interestingly enough, one of those files featured an article originally published in the Weekly World News (September 15, 1998 Vol 19 No. 51) with a story about how NASA detected, intercepted, and decoded a mathematically-based distress signal from a purportedly doomed planetoid outside our own galaxy. Unfortunately, at the time the said article was published, in Weekly World News, it was not taken seriously because of that particular magazine’s standing reputation of being a tabloid.

However, let us not forget that National Enquirer was first to publish news that former Senator John Edwards had an affair and fathered a child with his mistress. It can happen despite that, most of the time, stories published in tabloids are often made up or wrong with respect to the facts.

The signal was detected in January of 1998 but, however and as it might be expected, it took many months to properly decode the message.

Since the original article below is not available online, here it is transcribed:

NASA experts claim to have intercepted an intergalactic distress call from an alien civilization that had already peaked and was actually dying when saber-tooth tigers still roamed the earth.

The 80,000-year-old SOS was received and digitally recorded in late January 1998.

But only in recent weeks have radio astronomers and language experts found the key to the complex mathematics-based language that enabled them to translate the ‘frantic plea for help’.

The world press has been suspiciously silent about the startling message, though lengthy scientific reports are scheduled for publication in two professional journals, Radio Astronomy and Universe.

Dr. Kulakov told Universe that the signal emanated from a point beyond the galaxy nearest to our own, Andromeda, and was sent by beings that had apparently achieved a civilization no more advanced than our own here on Earth.

“The simple fact that we received and decoded the message proves beyond any doubt that their knowledge and technology were, at the very best, within our reach.” Dr. Kulakov explained.

“And while there are years of study ahead of us, I can say with certainty that the death of their civilization was not the result of some cosmic catastrophe. It was the result of the civilization turning on itself, possibly with devastating nuclear weaponry.”

Dr Kulakov flatly refused to provide either of the magazines with a transcript of the message, but he did say it began with the plea, “Help us,” and went on to give data pinpointing the exact position of the doomed planet.

There was a quite lucid account of apocalyptic devastation, hellish explosions, widespread death and terminal illnesses,” he said.

“A Shower of meteors? Perhaps. But what stikes me, and this is just a feeling, is an underlying acceptance of guilt. It’s as if the senders of the message are acknowledging blame for what happened.”

“Whatever it was, they apparently had no means to evacuate the remaining population. Interplanetary space travel was available to them, but only on a very limited level. The message makes it very clear that they were trapped on their world,” said Dr. Kulakov.