The answer to whether or not we are alone in the universe could be right under our nose, or, more literally, inside every cell in our body. 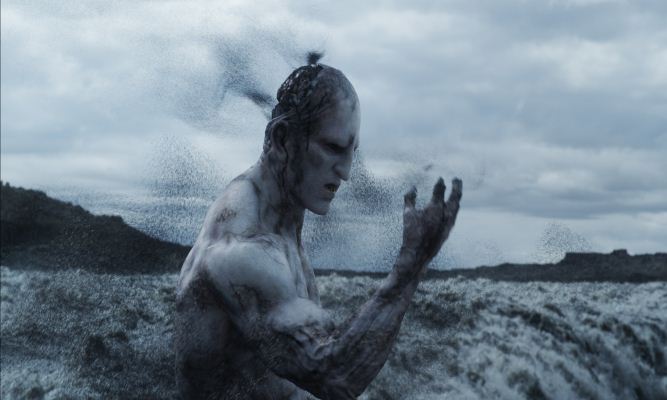 Could our genes have an intelligently designed “manufacturer’s stamp” inside them, written eons ago elsewhere in our galaxy?

Such a “designer label” would be an indelible stamp of a master extraterrestrial civilization that preceded us by many millions or billions of years. As their ultimate legacy, they recast the Milky Way in their own biological image.

Vladimir I. Shcherbak of al-Farabi Kazakh National University of Kazakhstan, and Maxim A. Makukov of the Fesenkov Astrophysical Institute, hypothesize that an intelligent signal embedded in our genetic code would be a mathematical and semantic message that cannot be accounted for by Darwinian evolution.

They call it “biological SETI.” What’s more, they argue that the scheme has much greater longevity and chance of detecting E.T. than a transient extraterrestrial radio transmission.

Writing in the journal Icarus, they assert: “Once fixed, the code might stay unchanged over cosmological timescales; in fact, it is the most durable construct known.” 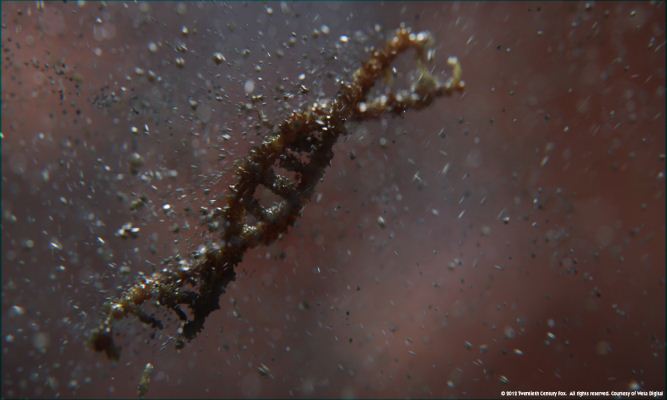 “Therefore it represents an exceptionally reliable storage for an intelligent signature. Once the genome is appropriately rewritten the new code with a signature will stay frozen in the cell and its progeny, which might then be delivered through space and time.”

To pass the designer label test, any patterns in the genetic code must be highly statistically significant and possess intelligent-like features that are inconsistent with any natural know process, say the authors.

They go on to argue that their detailed analysis that the human genome (map here) displays a thorough precision-type orderliness in the mapping between DNA’s nucleotides and amino acids.

“Simple arrangements of the code reveal an ensemble of arithmetical and ideographical patterns of symbolic language.” They say this includes the use of decimal notation, logical transformations, and the use of the abstract symbol of zero.

“Accurate and systematic, these underlying patterns appear as a product of precision logic and nontrivial computing,”

This interpretation leads them to a conclusion: that the genetic code, “appears that it was invented outside the solar system already several billions years ago.” 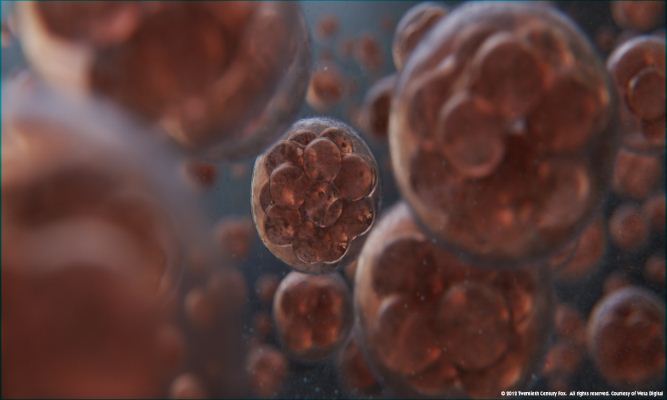 This statement endorses the idea of panspermia, the hypothesis that Earth was seeded with interstellar life.

It’s certainly a novel and bold approach to galaxy conquest if we imagine this was a deliberate endeavor by super-beings.

However, there are other possibilities too. I’ve previously written about the far-out notion that the universe we observe was built just for us and exists inside a computer program (with apologies toThe Matrix film trilogy).

Therefore the idea that some programmer somewhere wrote the genetic code for life in their model universe is consistent with the authors’ suggestions.

Biological SETI inevitably smacks head-on into an idea that is completely antithetical to science: the concept of intelligent design. The proposition of ID is that our biology is so complex it must have been engineered by a higher power.

To date, ID has been nothing more than biblical creationism in sheep’s clothing. Christian fundamentalists use it to push the teaching of creationism in schools as an alternative to “secular” evolution. (Which, by the way, is now being battled in school systems in four states.)

Can the claim of an alien signature in our genetic code be any more believable, or provable than biblical ID?

We know so little about the origin of life on Earth it seems presumptive to identify genetic structure that supposedly defies a natural explanation.

Even the discovery of life elsewhere in the solar system would not provide an independent test of this idea.

Panspermia could have naturally occurred among the planets and moons.

And, even if the genetic code is ultimately considered the hand-print of an extraterrestrial grand designer, then who designed the designer?