Donald Burleson, Ph.D.has been fascinated with the death of Marilyn Monroe for many years. In fact, as a certified UFO field investigator, research consultant, and New Mexico State Director for MUFON (Mutual UFO Network), he had heard rumors of a UFO connection with Marilyn’s death.

One of the linchpin’s of Dr. Burleson’s hypothesis is a CIA document, that has come to be known as the Marilyn Monroe document, which mysteriously surfaced in 1994.

The document has a subject line “Marilyn Monroe” and a project line “Moon Dust”. According to Burleson, “Project Moon Dust” had existed since 1953 and whose purpose was the recovering of debris from fallen space vehicles, certainly to include UFO crash depris.

According to “UFOs and the Murder of Marilyn Monroe”, the document has an apparent reference, in the routing data at the bottom of the page to MJ-12.

This reference to MJ-12 further associates the Marilyn Monroe document with the whole question of governmental secrecy about unindentified flying objects.

Dr. Burleson’s work involves computer image enhancement. He is a director of a computer lab at Eastern New Mexico University. One day, when the Marilyn Monroe document was being displayed, a student noticed “a sort of smudge or shadow” to the left of the TOP SECRET stamp.

When enhanced the imprint contained the name “Schulgen”. This proved to be another invaluable piece of UFO evidence. Brigadier General George Schulgen was the Chief of the Air Intelligence Requirements Division of Army Air Corps Intelligence. His job basically was to investigate UFOs! How did his name get on the document? 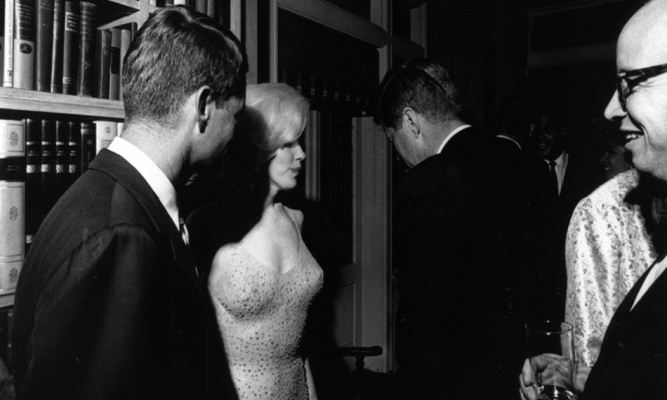 Marilyn was murdered on a Saturday night, she was prepared and had told friends, that she planned to hold a news conference on the following Monday. Several months before her death Marilyn had met Jose Bolanos, a Mexican film director and screenwriter.

In fact Jose accompanied Marilyn to the 1962 Golden Globe Awards. Jose phoned and spoke to Marilyn around 10:00pm the night of her death and according to Jose she would tell the media something that “will one day shock the whole world”.

One can only speculate as to what the something was. We can be confident it didn’t concern her affairs with Bobby or John Kennedy. Both of their wives were aware of their infidelity.

She also probably knew of the plot to kill Fidel Castro and the Bay of Pigs, but would this be reason enough to silence her?

Dr. Burleson believes that there is undisputed proof that Bobby Kennedy was at the scene of Marilyn’s death.

Norman Jeffries who worked with Marilyn’s housekeeper Eunice Murray and helped around the house, said that some men came to Marilyn’s house around 10:00 pm the night of her death.

One man recognized by Mr. Jeffries was Robert Kennedy, who was accompanied by two men he didn’t know. Elizabeth Pllard, who lived right next door to Marilyn and held bridge parties every Saturday night states that she saw Bobby Kennedy and two other men walk right past the window, headed for Marilyn’s house, and one of the men was carrying a small black bag of the sort that a doctor would carry.

According to Norman Jeffries, Bobby and the two mystery men entered the house and ordered Norman and Eunice to leave. Marilyn Munroe biographer Donald Wolfe quotes Norman as saying,

“I mean they made it clear we were to be gone.” This was the second time in one day that Bobby Kennedy had ordered them out of Marilyn’s house. 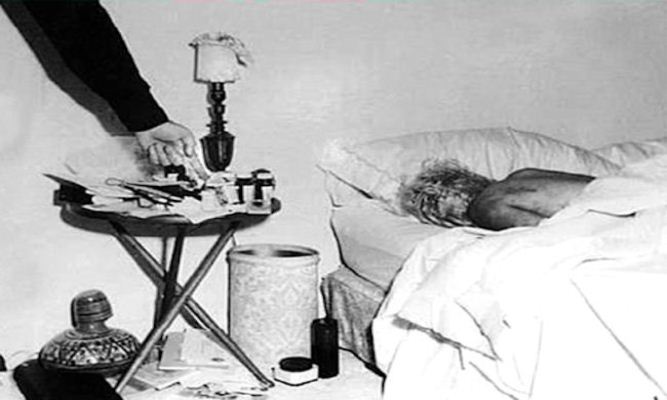 Norman was waiting at a neighbor’s until Kennedy and the others left the house, which he says was about 10:30 pm. Eunice and Norman, feeling the “coast was clear”, returned to the house and discovered Marilyn sprawled face down, nude, across the day bed in the guest cottage. She was alive, but she was dying.

Dr. Burleson believes that “between the time Bobby Kennedy and his two cohorts entered Marilyn Monroe’s house around 10:00 pm. and the time they left it around 10:30 p.m., a loathsome crime was committed. Marilyn was clearly not expected to survive.

If you believe in the UFO conspiracy or not, it is apparent that Marilyn Munroe’s death was due in part to information she knew about the Kennedy brothers and tragically recorded in her “little red” diary!

Federal Bureau of Investigation (FBI) audio recordings taped Bobby Kennedy and Marilyn Munroe having a violent argument which went something like this:

“Where is it? Where the f___ is it? and things to that effect, “My family must have it,” and “We’ll make any arrangements you want,” and “We’ll pay you for it.” 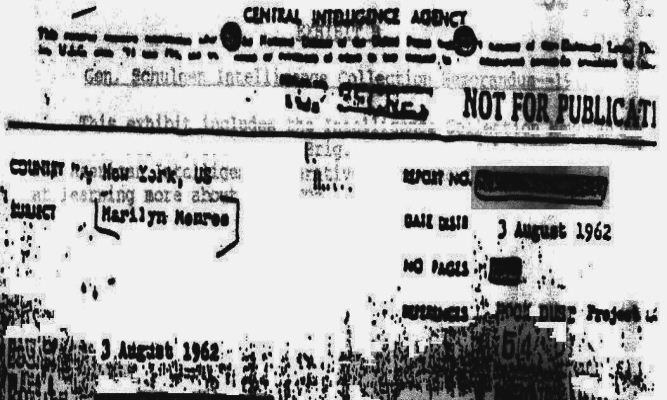 In retrospect, it’s obvious that Bobby was looking for Marilyn’s diary.

Marilyn had been a diary-keeper all her life, and her most recent one was a little red book in which she was known to have scribbled, among other things, notes on things she and Bobby Kennedy had talked about, including political matters and foreign affairs.

Jeanne Carmen has recalled seeing Bobby grab up Marilyn’s red diary in her living room one day and hurl it across the room, shouting “Get rid of this!”

Dr. Steven Greer came into possession of a CIA document that dealt with Marilyn and Bobby Kennedy.

Lionel Grandison, from the Los Angles County Coroner’s Office, was the last person recorded to have seen and examined Marilyn’s red diary.

He stated that the diary contained interesting references to the Kennedys and other people (notably Fidel Castro), (but) it contained no addresses.

Grandison before leaving his office for the day locked the diary away in the Coroner’s office safe.

When he returned to work on Tuesday, August 7, the safe was still locked but the little red diary was gone. Marilyn’s diary was never seen again.