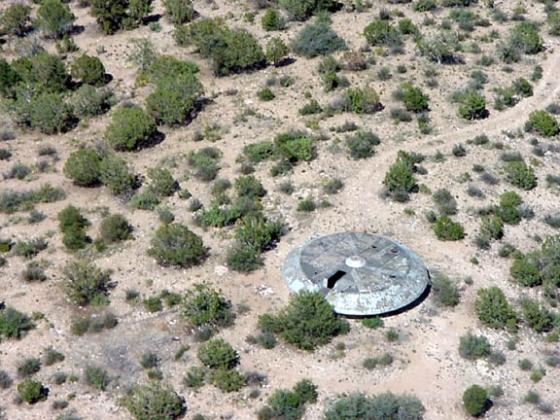 Those who study the UFO mystery are always asked for proof. And proof is hard to find. The enigma of UFOs is different than any other phenomena, and proof is elusive. There have been many reports of crashed UFOs, but most of these rely heavily on circumstantial evidence, and not solid, physical proof. Sometimes there are eyewitness accounts of physical evidence, but that evidence has been removed, lost, or stolen. Such is the case of the Aurora, Texas UFO Crash of 1897. The case bears many similarities to the Roswell Crash of 1947

Aurora’s History: Because of ever changing railroad lines, and Texas highways, it is a miracle that the small town of Aurora, Texas is still there. And not only that, but it is a legendary “historical site” as designated by the state of Texas. Why would a small farming community get such a distinction? One reason-an alien spacecraft crashed there in 1897. At least that’s what the residents say, and what the newspaper reports claimed.

Although it would be five years or so before the Wright brothers would make the first controlled aircraft flight, this pre-flight era would become known as the “great airship” period in Ufology. Whereas many of today’s unexplained UFO sightings are assigned to conventional flying craft, that luxury did not exist in 1897. Anything flying that was not a bird, blimp, or balloon could be extraterrestrial.

These early ships were slow moving craft, and so was the one that crashed into an Aurora windmill on April 19. According to the legend, the craft was destroyed, and the remains of an alien pilot were discovered among the remains. Also found among the scattered debris was a strange material with hieroglyphic-type etching. The alien creature was given a proper burial in the one and only cemetery in town. The alien body has long since disappeared.

For the time period, news of this event was spread wide and far. Many new visitors made their way to the little town to see what all the gossip was about. Second and third hand stories would soon morph into eye witness accounts. Where the information came from that supplied newspaper accounts is anyone’s guess.

About 6 o’clock this morning the early risers of Aurora were astonished at the sudden appearance of the airship which has been sailing around the country. It was traveling due north and much nearer the earth than before. Evidently some of the machinery was out of order, for it was making a speed of only ten or twelve miles an hour, and gradually settling toward the eart

“Aurora, Tex. — (UPI) — A grave in a small north Texas cemetery contains the body of an 1897 astronaut who was ‘not an inhabitant of this world,’ according to the International UFO Bureau. The group, which investigates unidentified flying objects, has already initiated legal proceedings to exhume the body and will go to court if necessary to open the grave, director Hayden Hewes said Wednesday.”

Not of this World:

UPI also picked up the story, and the legend was spread far beyond the borders of Texas. There were a number of eyewitness accounts of the incident later published, and they all agreed with the basic facts. An unknown craft had crashed into the town, strange debris was found, and a being “not of this world” was found in the wreckage. One intriguing account, although second-hand, came from a 15-year-old girl. Her parents had visited the site, and claimed that the alien pilot was a “small man.”

There is also evidence of a military cover-up. Soon after the crash, military personnel came to Aurora. Could they have been responsible for the removal of the alien body? For a time, there was a headstone for the body, but even it has disappeared. All that remains are photographs of the headstone.

There have been, at times, lobbying to dig up the alien grave, and see what evidence may remain. But townsfolk have kept this from happening. What excitement would run through UFO circles if alien DNA was found there. Maybe it is best to leave the grave alone, and let the Aurora mystery remain.