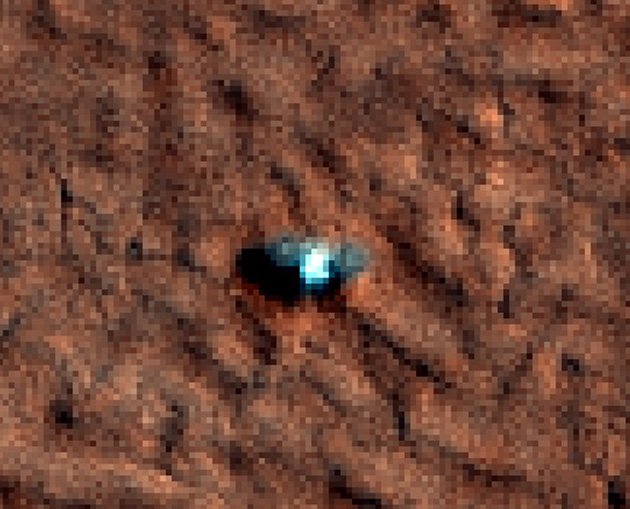 As powerful space telescopes seek out Earth-like planets, and SETI radio telescopes listen for transmissions from aliens, physical evidence for intelligent extraterrestrials might be right in our backyard.

I’m not talking about flying saucers or oddball ancient artifacts attributed to visits by so-called “space gods,” however. Instead, I’m looking for something as mundane as the pieces of interstellar probes that could have visited our solar system on numerous occasions over geologic time.

ANALYSIS: Are Alien Artifacts in Our Solar System?

If technological extraterrestrial civilizations are common in our galaxy, then they should have the wherewithal and curiosity to send robotic probes to other star systems. We already have five star-bound spacecraft destined to roam the galaxy forever: two Pioneer probes, a pair of Voyagers, and the New Horizons craft now speeding toward Pluto.

The aliens’ motivations may be the same as ours; if we found an Earth-like world nearby, there would be an inevitable desire to send an unmanned craft to see what kinds of creatures are living there. We’d have a burning curiosity to behold how the power of biological evolution has played out among the stars.

Looking for alien “calling cards” in the solar system is not a new idea. It has been popularized in numerous science fiction stories and movies. In Arthur C. Clarke’s 1951 short story The Sentinel, astronauts come upon an alien-built pyramid on the moon that remains inscrutable.

A recent paper by Jacob Haqq-Misra and Ravi Kumar Kopparapu of Pennsylvania State University takes a new look at this twist on the Fermi Paradox: “Where Are They?”

The authors propose that an alien probe may be as small as a car, but no bigger than a modest-sized house. (All of the reconnaissance photos here of lunar and Mars landers fit that scale.)

Certainly, for the propulsion demands of interstellar travel the less massive — hence smaller — the payload, the better. But finding it among our planets would be as difficult as finding a needle on a football field covered in three feet of hay, say the authors.

The researchers developed an equation that can be applied to a portion of the volume of the solar system and determine whether sufficient searching has been done to rule out any E.T. souvenirs.

They conclude: “Extraterrestrial artifacts may exist in the solar system without our knowledge simply because we have not yet searched sufficiently. The vastness of space implies that it will take some time before every nearby object can be considered devoid of (space probes).”

We are just beginning to take close-up look at other planets with enough sharpness to see small artifacts, if they are there.

Most promising is NASA’s Lunar Reconnaissance Orbiter (LRO), which is photo-mapping the moon down to a resolution of just 20 inches. The moon would offer a handy platform for an alien visitor to camp out and keep an eye on the Earth.

But it might be difficult to distinguish between a space probe and a rock. The LRO picture shown below is of the 14-foot wide Lunar Surveyor 6 lander. But its shadow simply look like it was cast from a tall boulder. 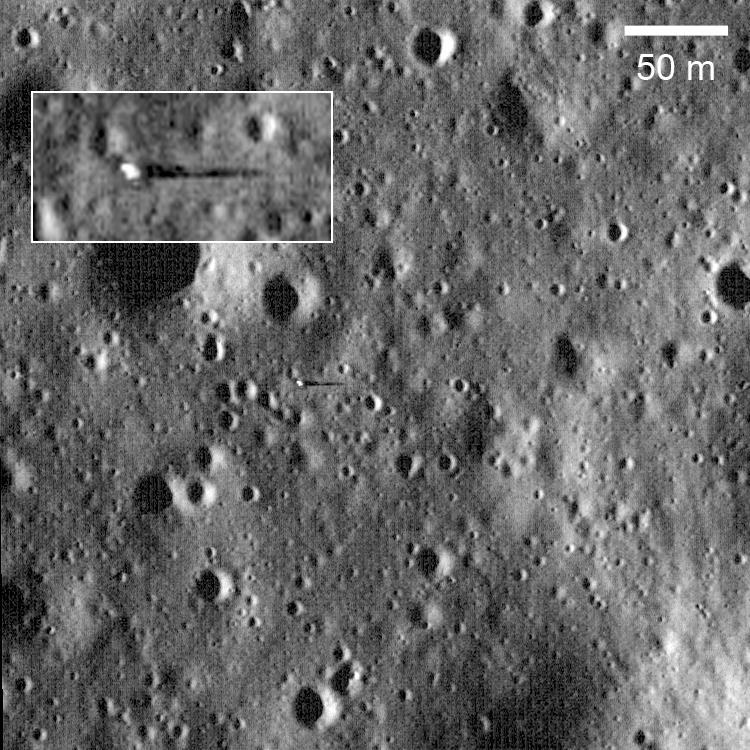 ANALYSIS: What Do You Say to An Alien?

If an alien probe is still active it might be detected emitting heat. Or, it might have an unusual composition that would stick out in multispectral mineralogical mapping. The buried alien monolith in the sci-fi classic film “2001: A Space Odyssey” had an anomalous magnetic field. (As so do some locations on the moon!)

Mars is being photo-mapped to but not yet to the exquisite resolution of LRO. My fantasy would be to see something like the soon-to-be-launched Mars Science Lab, Curiosity, comes face-to-face with an alien robotic explorer camped out on Mars. The two robots gaze at each other as their artificial brains search for any algorithm that tells them how to proceed in the presence of another machine.

An extraterrestrial race that goes to the expense and complexity of dispatching a robotic emissary to visit here would face the risk of the probe being found, captured, dissembled, and put on museum display. Therefore, I think that any probe would be designed to be stealthy to ensure its long-term survival. Hiding out among the asteroids might be a good strategy.

What would the reaction of a mission science team be if something blatantly artificial-looking popped up in a routine photo survey of the moon, Mars or an asteroid? Would it be kept under wraps? Or would there be a new space race among countries to go salvage the artifact and bring it back to Earth? This would certainly bolster funding for solar system exploration!

WIDE ANGLE: Are We Alone?

But it would be as eerie as Robinson Crusoe finding Friday’s footprint on the beach of a deserted island. We would at last know that we are not alone in the universe, but we would have no clue to the probe builders’ identities, location in the galaxy — or any motives beyond simple curiosity.

Images: Top – NASA’s Mars Phoenix lander as seen from orbit (NASA); Middle – The backshell of one of the Mars Exploration Rovers litters the Martian landscape (NASA); Bottom – The long shadow of the Surveyor lander on the moon (NASA).

Alien Implants That Diamond Tools Could Not Cut