Is This The Face Of A Martian?

The recent image released by Nasa of Curiosity Rover as it looked down across a sand dune into “Dingo Gap” may have yielded more than a pleasant view of the Martian landscape. 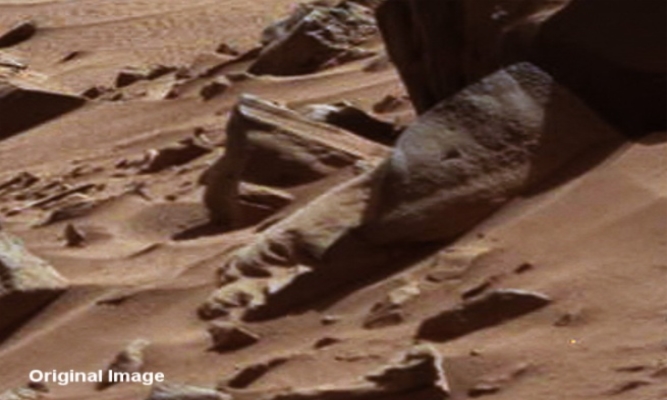 As the video details, an object which resembles half a head can be seen protruding out of the Martian dirt.

What is also interesting is that another object, to the top left of the face, resembles a plinth in design.

As we all know nature does not create right angles, and this object clearly has angles, just as the “Face” clearly has humanoid features, two eyes, a nose and mouth. 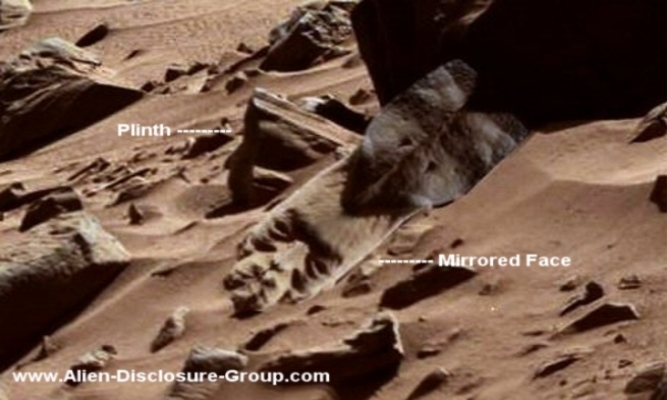 Just one object on its own is interesting, but with the addition of another, you have compelling evidence that Mars once hosted life, possibly thousands of years ago.

In my opinion these objects are ancient Martian relics, the remains of a statue and its plinth, remnants from an ancient civilization, and true to form, NASA is silent. 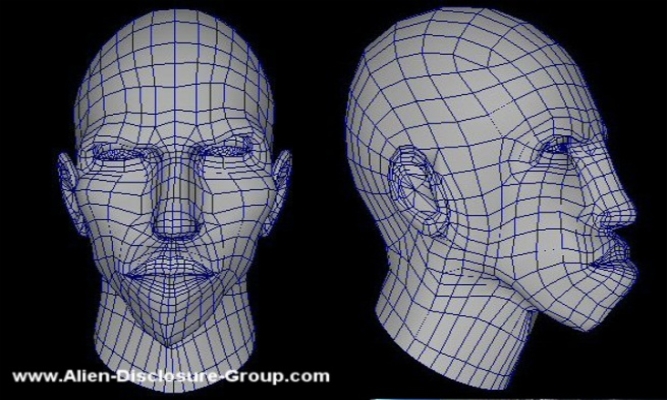 I ran the mirrored image through a faciel reconstruction program to try and get a sense of what this face could have looked like. Of course some artistic license is needed, so bear this in mind when viewing the final result.

The rendered face in my opinion has Egyptian features, or at least has a mixture of Negro and middle eastern phenotypical characteristics. 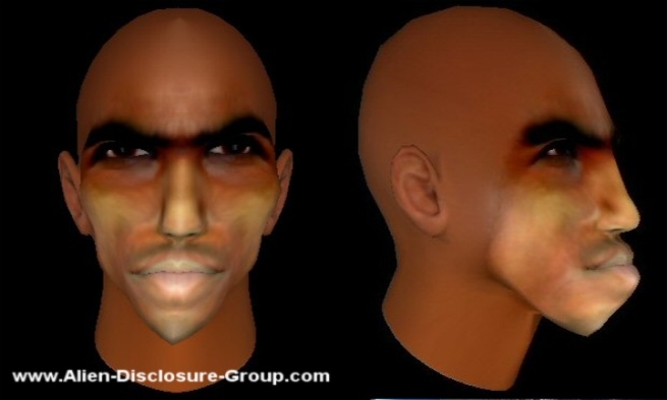 This again makes perfect sense as Mars is literally covered with artifacts that resemble architecture from Egyptian times, pyramids, buildings, statues and even a huge face to name but a few.

Whatever this relic truly is remains a mystery, but I would hope that NASA would take the time to have a closer look at this artifact, and report its findings.